It is no secret in this day in age that there are a huge number of Irish Americans; Americans who have discovered their very own Irish ancestry. Irish immigration to ‘across the pond’ as it is often referred to as, has been common since the early 19th century famines. To this day the Irish-American community is one of the largest in the States!

There are more than 30 million Irish-Americans living in the United States. That is more than 5 times the amount of people living in Ireland altogether!

You only have to take one look at the enormous St Patrick’s Day celebrations that take place across America if you would like to see some evidence of the Irish-American pride. Some of them may even belong to their very own Irish clans.

But did you know that these 10 famous American’s actually heralded from the Emerald Isle? We’d love to know which name’s surprised you! 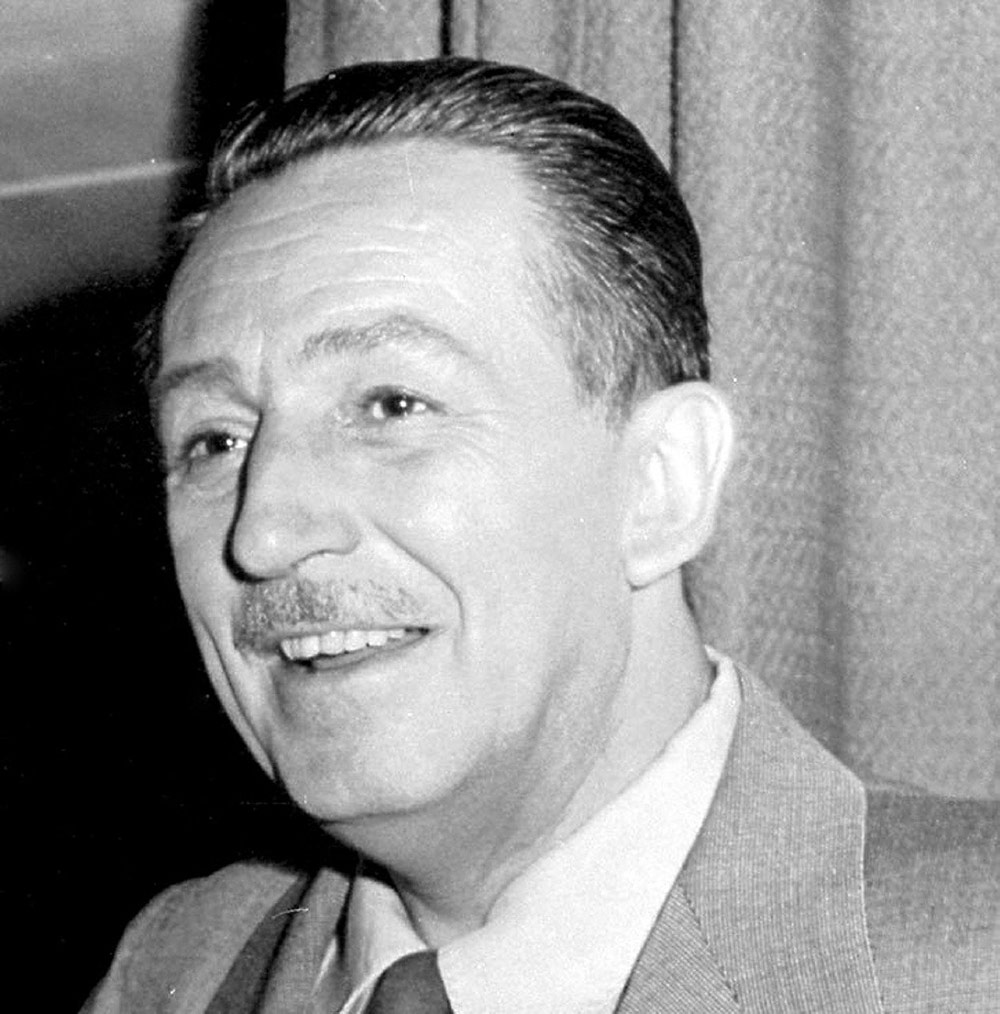 Despite the French surname, it is true that one of the greatest entertainment creators of all time has Irish heritage. The Disney family name originates from the French D’Isigny, and the family is believed to have originated from French Normans who came to Ireland in 1691 and settled in Kilkenny.

Arundel Disney, Walt’s great grandfather, was born in 1801 in Kilkenny, before eventually moving over to Ontario, Canada with his wife and family. Walt was known for always feeling an affinity with his Irish roots, not only did he take his honeymoon in Ireland, he was also known to have worn a claddagh ring. 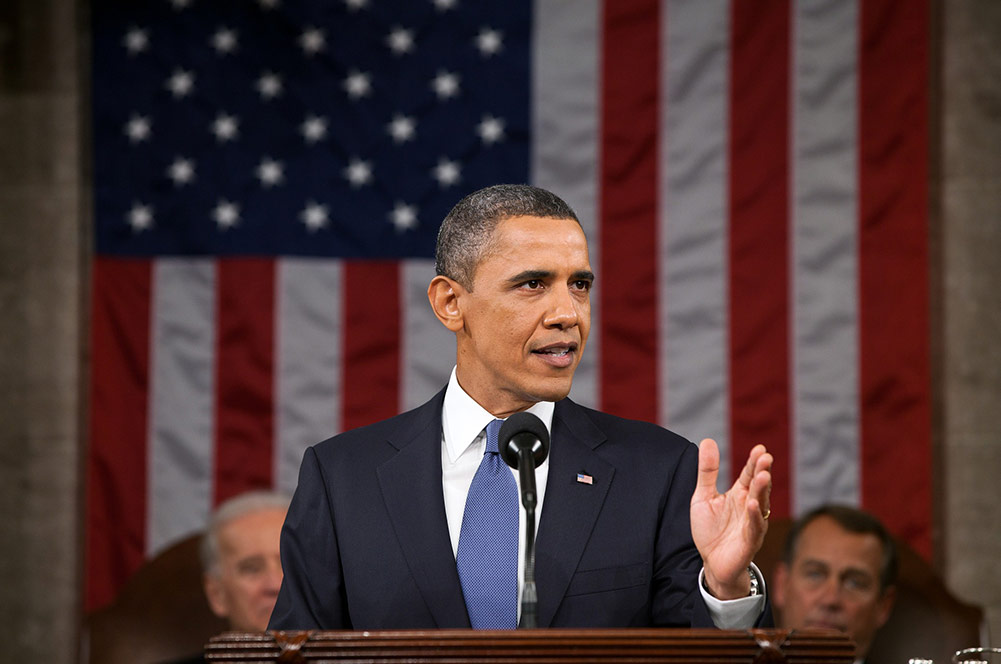 Barack Obama may have only discovered his Celtic ancestry as recently as 2007, but since then he has embraced it with open arms. He even once went so far in his celebrations as to dye the fountain of the White House a patriotic Emerald Green.

Obama is the great-great-great grandson of Falmouth Kearney, who was a cobbler’s son from Co. Offaly. In 1850 Kearney became one of the many immigrant labourers of the city of New York after leaving poverty in Ireland via a ship sailed from Liverpool.

This discovery means that the 44th President of the United States is in fact 3.1 percent Irish! 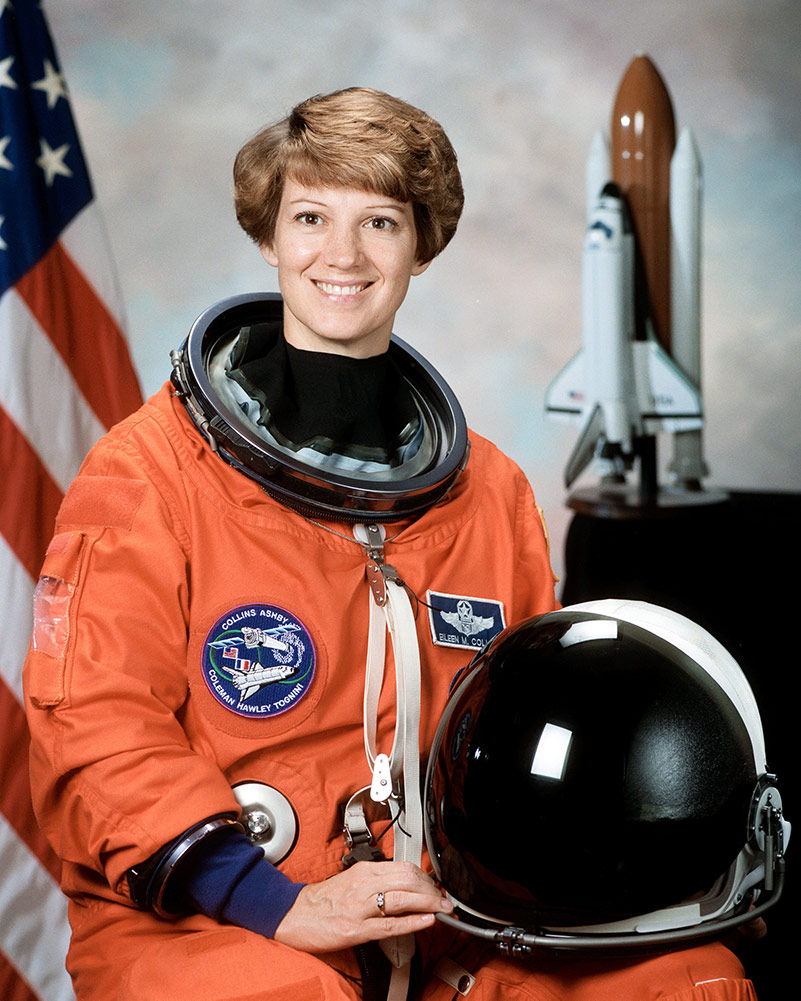 Eileen Marie Collins made history for the first time in 1979 when she became the Airforce’s first ever female flight instructor, and then again in 1999 when she became the first female commander of a Space Shuttle. She was awarded several medals for her work. But did you know she is another admirable American with traceable Irish ancestry?

In 2016 she was inducted into the Irish American hall of fame when she gave a speech, proudly announcing her heritage. Her ancestors came to America in the mid 1800’s from Co. Cork. 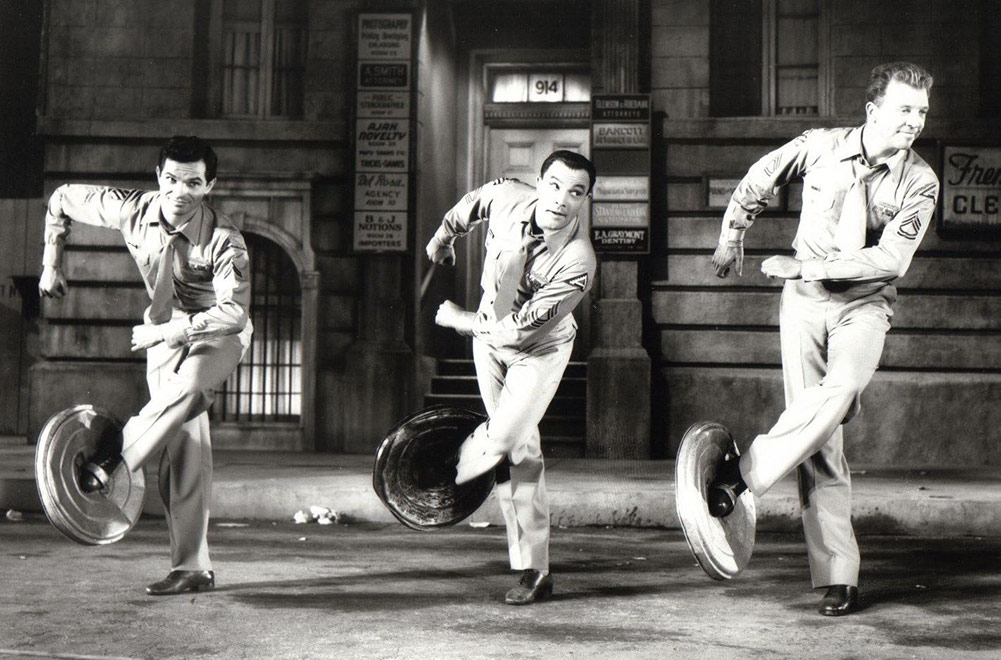 As if being a world renown director and choreographer, dancer and singer, acrobat and actor wasn’t enough, Gene Kelly had one more accolade he was particularly proud of- and that was his Celtic roots.

Gene’s paternal grandparent was one of the many Irish people to emigrate to New York from Derry during the Famine. According to his wife, Gene was very proud of his Irish identity and even applied for an Irish passport. When his paperwork arrived in Gaelic, she said he was ‘like a little kid with it’. 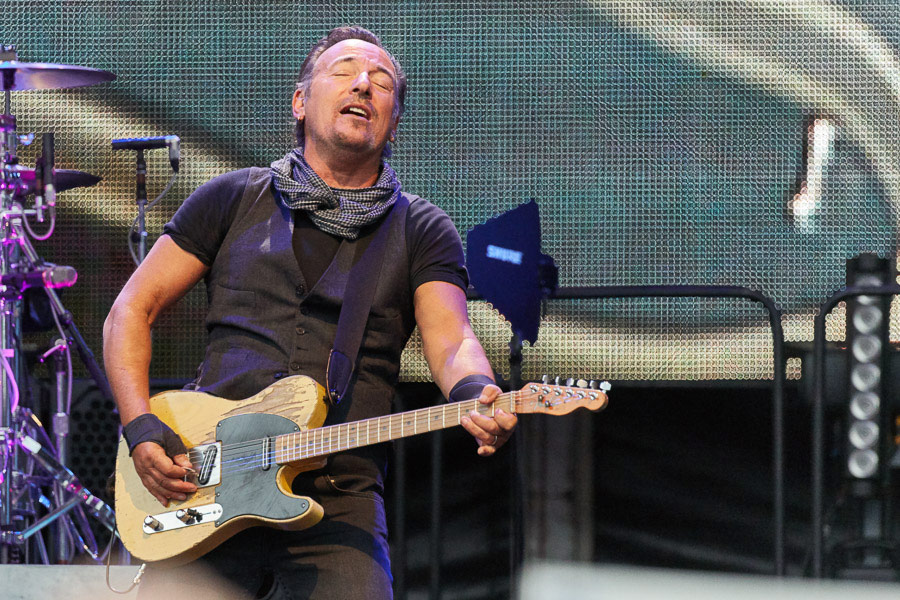 Bruce Springsteen is another famous American who is known for having family ties to Ireland. A book released in 2009, entitled ‘Land of Hope and Dreams: Springsteen in Ireland’, confirmed what his hordes of Irish fans already knew.

Whilst he may have been born in the USA himself, Bruce is actually a descendent of the Gerrity family from Co. Kildare. In fact, Springsteen’s great-great-great grandfather was a survivor of the Great Famine. He headed to America after fleeing a then poverty-stricken Ireland.

His name was Christy Gerrity, and it was his daughter Ann, who joined him in the USA when she was age 14 in 1853, who later became grandmother to Marth O’Hagen, who in turn married Antony Springsteen, the pair later becoming Bruce’s paternal grandparents.

Springsteen’s connection with Ireland has grown stronger since his first visit in 1985. His by now almost annual concerts are invariably sold out.

Michael Flatley is perhaps one of the most prolific Irish-Americans, after he shot to fame and changed the world of Irish dancing forever.

He was born in Chicago, but was encouraged to take Irish dancing classes from a very young age by his proud parents. They had arrived in the United States 11 years before Michael was born having immigrated from Ireland. His father was from Co. Sligo and his mother was from Co. Carlow.

Flatley can be single handedly held responsible for giving Irish dancing a fresh new appeal after his shows Riverdance and The Lord of the Dance became popular overnight and made him a millionaire! It is likely that he inherited his talents and passion from his dance champion grandmother. 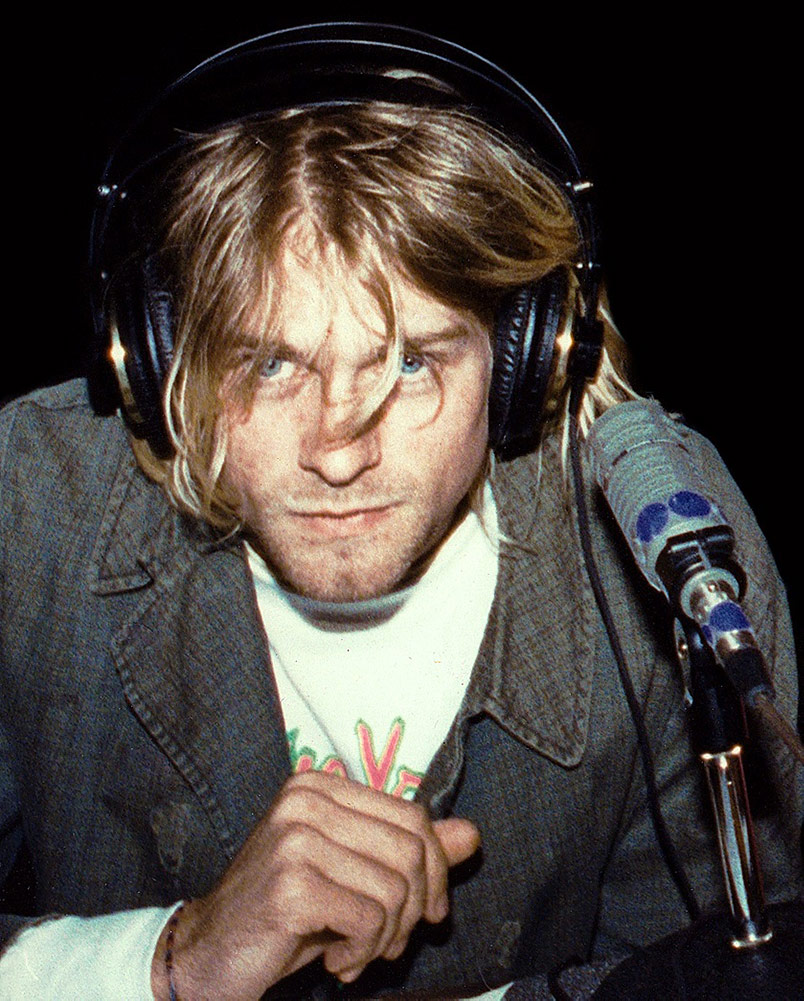 Cobain is an Irish surname originating in County Tyrone, Northern Ireland. Although Nirvana’s frontman Kurt only discovered this history for himself by flipping through a phone book and noticing the name cropping up a lot in Ireland!

It wasn’t until after his death that his ancestry was chased up, and it turns out he’s the fifth generation of Samuel and Letitia Cobane, who emigrated to the States from Co. Tyrone.

Despite never knowing this information for himself, in an interview with a US magazine in July 1993, Kurt Cobain claimed that he had always sensed he was from Ireland, after feeling a closeness to the little island and walking around Cork city in a daze. 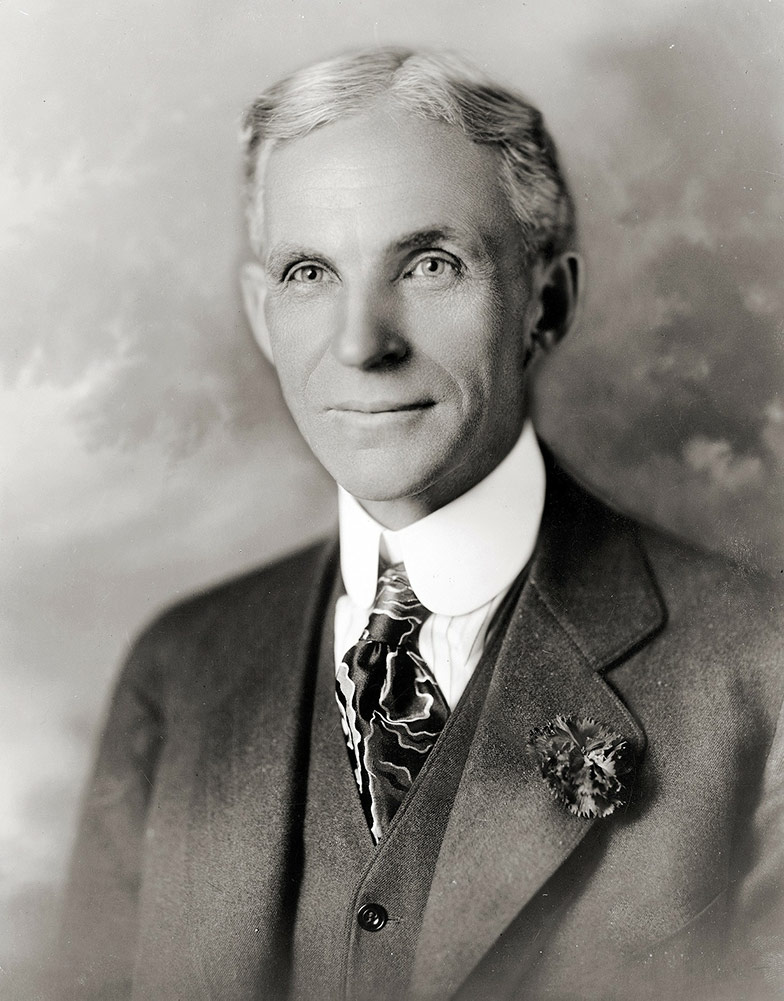 Henry Ford was known for being proud of his Irish roots, and he invested heavily in Ireland during the first half of the last century. The maker of the Model T and the man behind the development of the assembly line technique of mass production, hailed from a family from Ballinascarthy in West Cork.

In the late 19th century, Henry’s Father, William, emigrated to Detroit, Michigan. But the family wasn’t gone for long, with Henry returning to Ballinascarthy many times in his lifetime. A memorial to Henry Ford was placed in the town in the shape of a Model T statue on 3 September 2000. 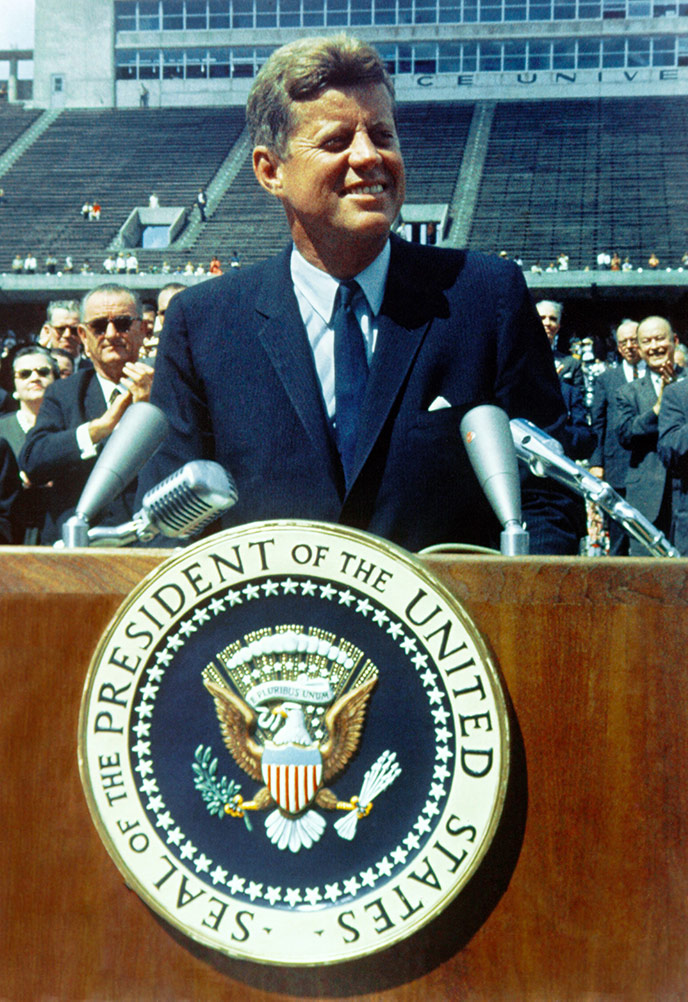 John Fitzgerald Kennedy was the first Irish-Catholic president of the United States, and was known for being extremely proud of his Irish ancestry.

On his paternal side he had links to Counties Cork and Wexford, and his mother’s heritage leads back to Counties Limerick and Cavan. Both sides of his family had travelled to the United States to seek their fortune during a time of poverty and depression in Ireland.

Whilst many people know all about JFK’s Celtic roots, less is often known about Jackie Kennedy Onassis’ Irish roots of her own. Jackie hailed from eight maternal generations of Co. Clare in the West of Ireland.

Born with the name William Henry McCarty, Billy the Kid made a name for himself in the Wild West of New Mexico. A legend of sorts, his rogue-ish character has been called one of the first examples of what happens when Irish charm meets All-American kid!

His mother was Catherine McCarthy, an Irish woman from Co. Antrim who emigrated to America during the Great Hunger, where she stayed until her death. Some versions of the kid’s story suggest that his Father was also Irish, but the truth is actually unknown. Catherine spent most of his childhood as a single mother, but has been remembered for her warm Irish charm.