Our Story So Far

Celtic Titles, launched in 2020, is a conservation project working to re-wild Ireland one square foot at a time™. Through selling souvenir plots of land our aim is to fund the creation of multiple nature reserves, whilst also building a community of Irish Lords and Ladies who share our passion for Ireland.

To many, this goal may seem ambitious and far-fetched. But our team of determined conservationists are already proving that we have a blueprint capable of making a lasting difference.

We would be delighted for you to join us on our journey, as we work together to support the conservation of Ireland. If you are in the area and would like to get involved or collaborate in a conservation project feel free to get in touch with us. 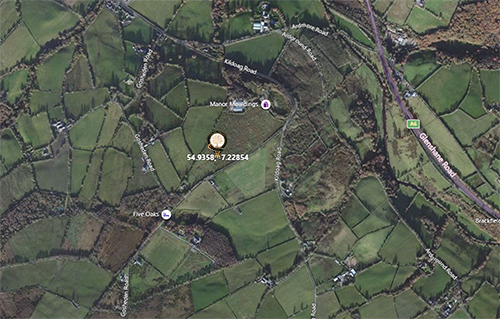 Celtic Titles, is the sister brand of Highland Titles, who have been selling gift packs including a souvenir plot and title since 2006. The Highland Titles Community have now funded 5 Nature Reserves across the Scottish Highlands, directly facilitating the protection of the Scottish landscape.

The positive impact has also extended to Scottish wildlife. Working together, the Highland Titles community has been able to provide a home for many Scottish species such as wildcats, red squirrels and hedgehogs. Many of the animals found on the Reserves are classed as endangered species, largely caused by the decades-long effects of habitat loss, further emphasising the importance of the work we do.

Following the success of Highland Titles, the team are extending their efforts across the Irish Channel with the creation of Celtic Titles. Celtic Titles follows the same structure and mission of Highland Titles. Therefore, with time and the help of our growing community, we hope to make a significant difference in protecting and conserving our much loved Ireland.

From our previous experience with Highland Titles, we became aware that many of our community had strong ties to Ireland. This is what guided our move across the waters. The Irish diaspora has meant that the Irish Community stretches far and wide – with over 70 million people claiming to have Irish heritage worldwide (not bad for a country with an estimated population of 6 million!). We take great pride in offering our Lords and Ladies a tangible link back to a place so many hold close to their hearts.

Although we take our conservation mission very seriously, that doesn’t mean we can’t have a bit of fun. Dating back through history Lord and Lady titles are given to landowners. It doesn’t matter if your land is one square foot or the size of a small country, you can still enjoy all the perks of being a lord or lady!

Once you have acquired a plot from Celtic Titles, you will become a lord or lady of Ardmore. To cement your title you will receive our gift pack, including a personalized certificate, confirming your Lord or Lady status and details of your own plot including its exact location!

The Celtic Titles Nature Reserve is located within Slievekirk Wood, Ardmore, about 6 miles outside of Derry. It is a stunning setting for our first reserve in Northern Ireland and already hosts a variety of local fauna, flora and wildlife. These include: Irish Oak Trees, Holly, Gorse, foxes, deer and badgers!

Although we are in the early days of a long-term project we have plans to further support these species through thinning some of the densely wooded areas, digging a pond and planting wildflowers.

LEARN MORE ABOUT THE RESERVE

Hear From Our Lords & Ladies!

Building a community of Lords and Ladies is a large part of why we do what we do. Together we are bringing people together who share in our appreciation for Ireland and recognise the importance of conserving the Irish landscape to be enjoyed by generations (of people and species) to come.

We value your feedback and use it to make for a better experience for all our existing and future Lords and Ladies of Ardmore!

What our existing customers have to say: